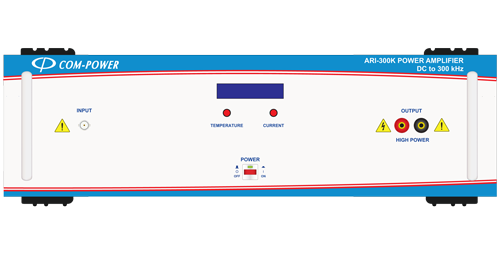 The Com-Power ARI-300K Power Amplifier is specifically geared for conducted and radiated susceptibility testing such as that described in MIL-STD-461 (CS101 & RS101) and RTCA DO-160 (Section 18), in addition to other standards.
The ARI-300K operates from DC to 300 kHz. Its output power capabilities exceed 300 Watts into 1 ohm or 2 ohm loads; 150 Watts into 4 ohms; and 75 Watts into 8 ohms (refer to graphs below for minimum output specifications).
The amplifier is equipped with protection circuitry to avoid damage in the case of input overload, improper output connections (shorted or improper loads), over-temperature as well as over-current conditions.
The digital front panel display indicates the internal temperature of the amplifier as well as the bias current. There are also LED indicators for over-temperature and over-current fault conditions. 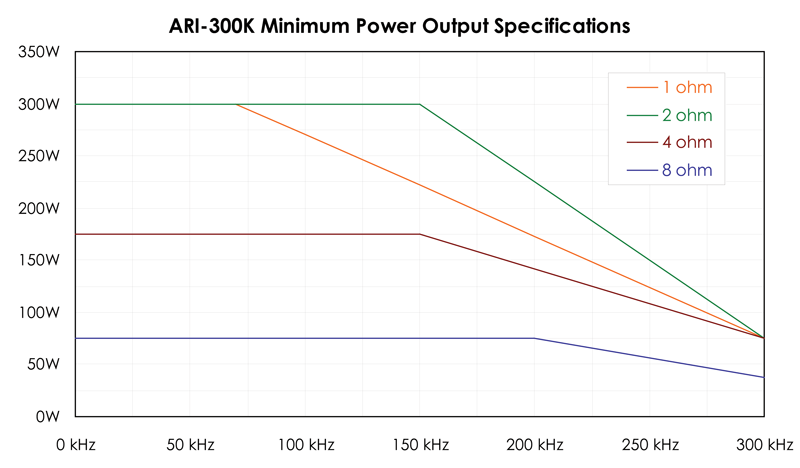 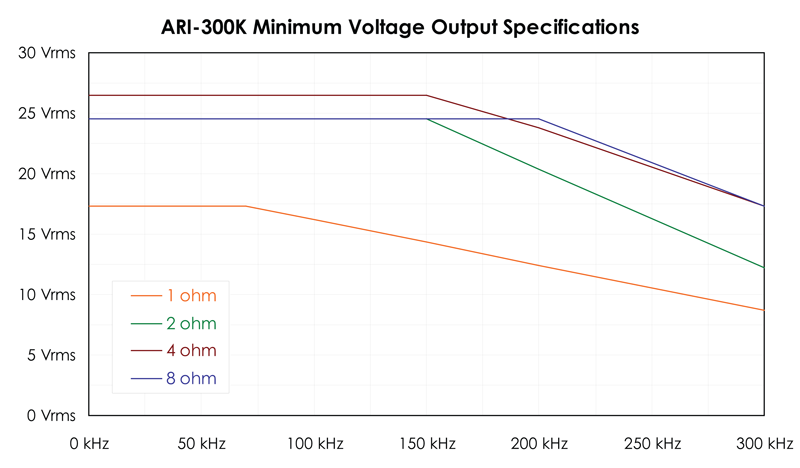