EMC immunity testing measures the ability of a device to withstand different types of electromagnetic phenomena. This is important for consumer goods sold internationally, as well as for military, medical, avionics and other specialized products. Because there is a wide range of potential EM phenomena, multiple types of immunity testing exist. 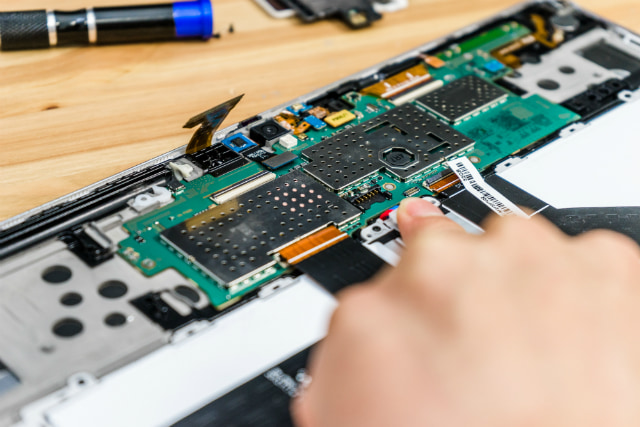 Here we’ll look at seven of the most commonly used methods.

Magnetic field testing uses EMC test equipment to simulate the effects of a magnetic field and ensure a device continues to operate properly.

As the name implies, voltage drop testing tests the impact of a sudden voltage dip or other power interruption on a piece of equipment. This replicates the effects of brownouts, as well as the normal fluctuations in the AC mains network that a device may experience. In a voltage drop test, a tapped autotransformer and immunity test system will run a series of simulations featuring dips and dropouts of varying lengths and severities.

Electromagnetic surges can be caused by a number of factors, including indirect lightning strikes and routine power switching events. For compliance and reliability purposes, it is essential to properly protect against the effects of a low-frequency power surge on many consumer goods.

Even a momentary power surge can lead to arcing, cabling breakdowns, motor damage and a number of other problems. Surge simulation requires the use of specialized EMC test equipment to confirm that the appropriate protective circuitry is installed, ensuring there will be no liability issues when your product goes to market.

Conducted immunity testing involves simulating potential disturbances from other devices powered by the same power network, or inductively coupled onto its I/O lines. Several different types of EMC test equipment can be used to do this, including CDNs, BCI probes and direct voltage injection equipment.

Radiated immunity testing evaluates the ability of a device to function normally when exposed to different electrical field sources. Electromagnetic noise can come from a variety of sources, from cellphones and microwaves to Wi-Fi routers.

Electrostatic discharge (ESD) refers to electric shockselectrostatic discharges (carpet shocks) which occur as a result of built-up static electricity. These short bursts of energy can cause a number of problems, such as IC port damage, communication failures, damage to LCD screens and more.

ESD testing is performed with EMC test equipment that creates a short burst of energy, typically at 4kV and 8kV. Test equipment is outfitted with tips that mimic direct contact and air-based transmission of the charge.

EFT — electrical fast transient — testing replicates disturbances caused by inductive load switching on the power grid. A burst generator is used to mimic the effects that electrical switches, motors and relays, fluorescent lamp ballasts and other common causes of transients can have on the device being tested. Improper grounding or common mode submission can lead to failure, internal damage, auxiliary equipment problems, communications issues and more.

EFT testing is typically performed on AC or DC power ports, and on signal/control ports which may be connected to cables greater than 3m in length.

The above are just some of the most common types of EMC immunity testing performed on various devices. Not sure where to start with your project? Com-Power Corporation can help determine the appropriate testing routine to meet your regulatory requirements and ensure the safe and reliable operation of your product in any condition. Contact our office to speak with an engineer directly.